The outbreak of Covid-19 has shrunk to a trickle the donations to Kashmir’s leading charities reducing their capacity to help destitute, reports Saima Bhat 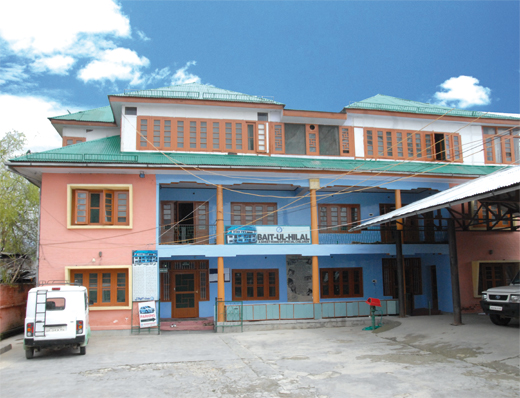 Zahoor Ahmad Tak, patron of Jammu and Kashmir Yateem Trust is finding it tough to carry on his charity work these days.  The outbreak of Covid-19 has drastically cut the donations to his organization, reducing his revenues by around 60 per cent.

Tak led Yateem Trust runs twelve orphanages where around 495 students are enrolled. Among these is Gulshan-e-Bannat, an exclusive centre for girl students. Around 120 girls are presently enrolled in this orphanage.

Over the years, the Trust has helped many orphans in their upbringing and education, provided students with education loans and scholarships to meritorious orphan students. It has also given wedding assistance to poor girls, sponsored vocational programmes to the destitute and needy with 16 craft centres, offered medical assistance to the ailing patients, and interest-free loans to the deserving. In addition, the Trust provides family counselling, monthly dietary assistance to 2585 widow-headed families and 2500 poor families.

Since March, however, the situation has changed drastically for the Trust. “We are facing a disastrous situation,” Tak said.  “First, it was August 5 lockdown and now it is Covid-19 lockdown. Both the lockdowns have dented Kashmir’s economy.”

The Covid crisis, Tak said, has a direct bearing on the capacity of people giving charity. “Many of the donors who would mostly visit these NGOs and orphanages and witness their work could not manage to do so,” he said. “Many of our donors also don’t have access to e-banking”.

In late March when the administration called for an immediate lockdown to contain the spread of the virus,  Tak sent most of the children in his orphanages to their homes. However, the girls were retained. Currently, the Yateem Trust is spending from the budget that they had planned in 2019. But given the state of finances, the resources are drying up. 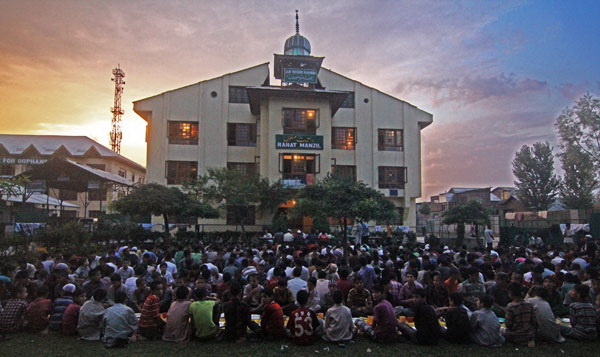 Orphan Abode: It is not the physical pain that endangers orphans the most. It is the mental pain caused by stress from years and years of being neglected, pushed aside, disregarded, unloved, and made to feel undeserving, and in almost all cases, made to feel like a possession rather than an equal human being. Even more, it is the lack of unconditional love, the right to be accepted, as a child and to be loved, as a child, no matter what you do is the most wounding.
— Roger Dean Kiser, from Orphan – A true Story of Abandonment, Abuse and Redemption.

The officials said they used to run twelve different programs but now the Coronavirus crisis has forced them to prioritise. “First priority is the children in our orphanages, then dietary assistance and then the education assistance of the children. We cannot compromise with these three basic programs,” said Tak.

Besides curtailment in their spending, the Trust has sent most of its staff working with orphanages to their homes. “We have Zakaat money so we cannot give it to the people if they don’t work. We have retained only our main office staff and the staff working at Gulshan e Banaat,” said Tak.

But Tak is hopeful the situation would improve. He said if the lockdown is lifted, the Trust donors will reach out to him with help. “I am sure that when people will come to know that a 50 years old organisation is struggling for funds, they will surely reach out to us,” Tak said.

Another major charity player in the Valley, the Jammu and Kashmir Yateem Foundation (JKYF) came into existence during the nineties.  Currently, running four orphanages, Bait ul Hilal for boys in Srinagar, Kulgam, Baramulla, and Kishtwar districts under the decentralised system is also facing the shortage of funds. If officials are to be believed, the Foundation has witnessed a deficit of 50 per cent in their routine donations, particularly during the month of Ramdhan.

“Many of our donors called us that they are facing difficulties in reaching to us so we had to send our officials to collect the donations. The problem was mainly with the people who used to reach out to us in our main office with the charity in cash,” said Muhammad Ehsan, patron of the institution. “For the rest of the people we appealed them to send the charity through e-banking but this facility is not available to everybody”.

Ehsan said the  JKYF has adopted a different strategy. He said they will continue with all of their programs but only the number of beneficiaries will be less. “Running orphanages is the priority, then we have widow welfare programs, poor welfare programs, education of girls while staying in their homes, financial assistance after class 12th to meritorious students.”

Ehsan said the Foundation is dependent on the local donations. “In the last two years, we have not received any foreign funding. NGO Action Aid also stopped working with us in 2019,” he said.

Yateem Khana, another major player in orphan management said their resources have fallen up almost half. “Right now, we do not have kids with us as we have sent them home so the costs are less,” Secretary of the Yateem Khana, that operates from Bemina crossing with over 300-inmates said. “We have moved an application to the district administration that they should permit us to recall the inmates who are enrolled in Srinagar schools from ninth to twelfth class. Let us see what the response is.”

The official said their institution has donors who will eventually come and contribute. “These problems are because of the situation. We have already cut our costs by almost 15 per cent.”

In the South Kashmir’s Bijbehara area, the Zaiba Aapa’s School, an exclusive teaching facility for specially challenged students is also struggling to survive in the pandemic.

“Our donors are mostly people from the business class. Business is down since August 2019. How can we expect them to donate? And now the  Covid situation has further dented their capacity to donate,” said the founder of the school Javaid Tak, whose main donations also used to come in the holy month of Ramazan.

This year, Tak said the school has received 10 per cent of his total yearly budget.

“Our budget for six months used to come from the holy month of Ramazan,” said Tak adding now he is apprehensive that he won’t be able to provide the best possible help to his students.

Currently running his school with 19 staff members that included special educators, physiotherapists, occupational therapists, he said due to the government order he had to pay his staffers full salary.

“The situation has changed now. I believe I can’t afford to get my staff now, which was from outside,” he said. 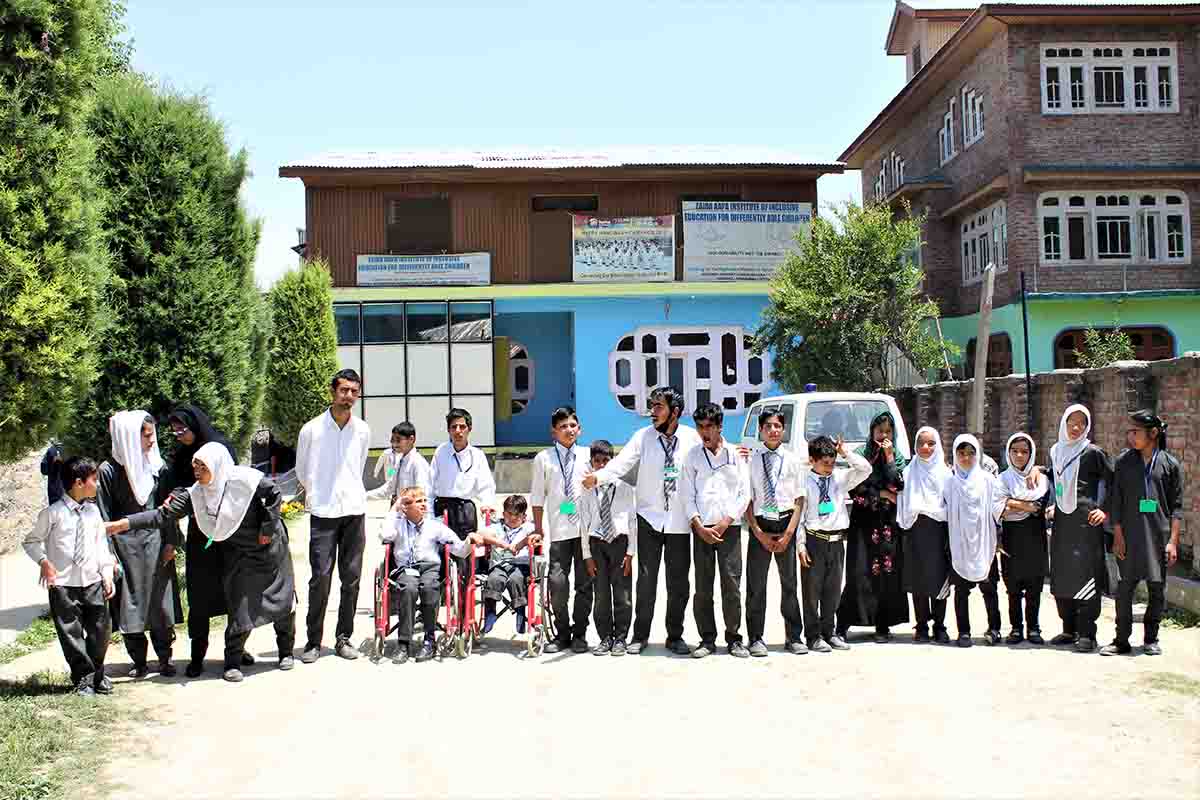 Students of the Zaiba Aapa School in Bejbehara that is being run by an NGO for specially-abled children. KL Images: Saqib Mir

Tak’s problem is that his students can’t be benefitted by the Zoom classes or other online and teleclasses as the specially challenged students suffer from attention deficit. “How can we help deaf and dumb students with these online classes? Our sources have dried up so the government has to come up with rehabilitation programs,” he said.

Tak said he was asked by Non-Resident Kashmiris living in New Zealand to identify the specially-abled students whom they could provide financial assistance for their medicines. “I prepared a list of 125 students who received Rs 3000 in their accounts. Other than that we also helped 160 families with food kits that included families of widows, disabled, sumo and auto drivers, in our community. In total, we helped 600 families in this crisis,” he said.

In 2019, Tak identified 12 specially challenged people for TATA Relief which provided them with opportunities to earn their livelihood and become self-sufficient. “They started with small shops of groceries and managed their living but after August they too are not able to do any work. And now after Covid, TATA stopped this project because their priority changed. They are now into manufacturing PPEs and masks for government hospitals.” Tak said.

The growing trend of directly transferring the money to the bank accounts of the people perceived to be poor and needy is also hitting the finances of the NGOs. Recently, a video on social media almost made a Kupwara resident a millionaire overnight. As per the reports, a family in Hawal, actually residents of Kupwara district managed around Rs 30 lacs when they posted a small video clip about their plight on Facebook.

In the last one year, at least five to seven such cases were reported from north Kashmir alone. “I received information that a family of three orphan girls was living with their grandmother. I decided to adopt them and requested them to shift to our girls’ orphanage where they would continue with their studies as well,” Zahoor Tak said. “But when I reached out to the family I was told they have now sufficient money to survive. “When I cross-checked the case, someone had put a post about this family on social media and they had received Rs 13 lakh in just 24 hours.”

Supplying cash to the affected families has established a parallel system in the society. This has further diminished the role of institutional charity.

In another case, Zahoor said he once came across a post on social media which was about a real incident but had happened four years ago. “After this post, we realised this was a new mafia. The person who puts these posts online and actually claim to be from media works with such families at 50-50 partnership. Whatever the family receives in their account is shared between these two of them,” he said. 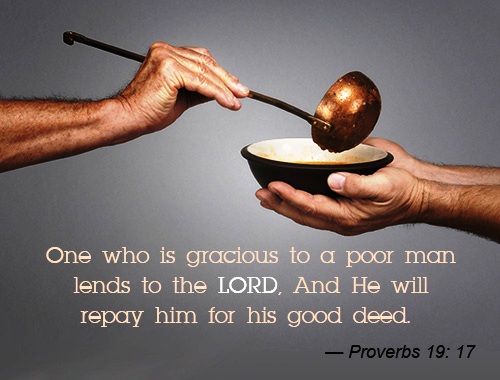 Ehsan remembers a similar case from Sheeri Baramulla. A family in the area had put a post on social media seeking help. In the subsequent few days, their account was credited with Rs 30 lacs. When the news spread, the locals of the area grew suspicious. “It was found that the family was poor but not deserving as was claimed by the post. The mohalla committee decided to keep Rs 3 lakh in each of his daughter’s account. He had three daughters and the rest of the money was shifted to their account which was then distributed among the more deserving people in the area,” said Ehsan.

During the current crisis, there were many such posts going viral on in social media. At least three of them were verified with the help of bankers and it was found that they had received help from Rs 30,000 to Rs 1 lakh in a week’s time.

One positive outcome of this development has been that around 100 NGOs have come together on a single platform Karavaan.

“This common platform will help to identify the loopholes within. Over the years we have seen destitute were registered with more than one NGO for help. This duplication of relief will be stopped now and the deserving beneficiaries will be helped,” said Dr Shafeeq Bakshi, a co-partner of FETO NGO. The NGO also runs Darul Manaam orphanage where 210 orphans and poor students are enrolled.