The spread of Covid-19 caught the world by surprise. It never saw the pandemic coming. Within a few months, it spread to every nook and corner. The seriousness of the issue promoted governments all over the world to take immediate action to prevent ailments and deaths. Still the virus infected millions and caused more 650 thousand deaths as more than 1.6 million are battling the infection.

The death toll was highest in developed countries owing to the composition of the population. These countries have a higher life expectancy rate due to huge investments in the health sector. However, the high expectancy is associated with other ailments which made them vulnerable to Covid-19 virus.

In under-developed and developing countries the issue was not higher life expectancy rates but low investment in health and weak governance. Here the situation went out of hand as governments had no available infrastructure to cope with the emerging situation.

Furthermore, the spread of the virus in under-developed and developing countries further resulted in social, economic and political inequalities. The social media posts about the migrant population in India, for instance, were not only heart-rending but made fault-lines visible that exist in India.

Unfortunately, the Covid-19 is communicable and more unfortunate is that there is no vaccine available. What makes this virus deadly is a social gathering without adequate measures. The virus has made social gatherings ticking time bombs. The governments, as anticipated, banned gatherings of every kind. Industries, educational institutions, transport were shut-down. We have a new household word-the ‘Lockdown’.

According to the International Labour Organisation, the lockdown will cost millions of jobs across countries. In India alone, around 130 million jobs will be lost. For world economists, only a few years before, India was a promising country with huge economic potential. The country had a dream run in economic growth even under the Financial Crisis of 2008 when it grew close to 6 per cent annually. The dream to be an economic hotspot is over, at least in the immediate future.

According to IMF Indian economy will contract by 4.5 per cent and will grow close to zero per cent.  There are some economists who have estimated that economic growth will be in negative digits. This should be a wake-up call for policymakers in India.

India may see a reversal of gains made between 2011 and 2015 when the poverty rate dropped from 21.6 per cent to 13.4 per cent based on the international poverty line. The Bank has warned in its India Development Update that the country is at ‘risk of losing its hard-won gains against poverty’. The draft further notes that several households are “likely to slip back into poverty due to income and job losses triggered by Covid-19”. According to report half of India’s households have consumption level close to the poverty line and any shock will push them into poverty.

It is very unfortunate for India that the country is locking horns with its mightiest neighbour China. China has, according to media reports, infiltrated into many areas in Ladakh region. This is a very crucial test for BJP government at the centre who claim to be extreme nationalists. It may become difficult for the government at the centre to manage its economy and prevent psychological victory to India.

It is for this reason that India is trying to buy arms which cost billions of rupees. India is directly playing into Chinese hands which want to put economic costs on the country. The country has already succeeded in that. The country needs to manage the economy and Covid-19 crisis before things go out of hands.

Kashmir valley is considered as the finest tourist destination around the world. It is considered ‘paradise on earth’ and ‘Switzerland’ of Asia. The valley shares border with China, Pakistan, and Afghanistan and is close to Central Asia which makes it high prized strategic area. Kashmir economy was fortunate enough to have many promising economic sectors like tourism, handicraft, sports good industry, cement industry, food processing industry, silk industry, wood-based industry, leather tannery and allied industry. The state is also endowed with huge potential in hydropower generation.

If exploited fully it could have become a major contributor to the state economy. However, the current political scenario has made it difficult to fully exploit its economic potential.  Its economy has become severely disturbed due to constant strikes, curfews and now its lock-down.

In 2016 the Kashmir valley was almost shut for a whole year. When the situation seemed to be normalising Indian government unilaterally abrogated Article 370 on August 2019 after which the state was sealed for almost six months. The Kashmiri people were banking on the year 2020 when Covid-19 struck.

In the aftermath of Article 370 abrogation, the losses were pegged at around Rs 17880 crore. According to a report by Kashmir Chamber of Commerce and Industries, the service sector alone in Kashmir including tourism sector suffered a loss of Rs 9191 crore in the first 4 months after the abrogation of article 370. The sector also witnessed a whopping 1,40, 500 job losses.

It is a common man’s guess that Covid-19 crisis in the valley will have a major impact on its economy compared to the crisis that occurred after the abrogation of Article 370. The economy will also be adversely affected by the loss of income for daily wagers, reduced industrial production and business crashes. Infusion of capital has become impossible.

According to estimates, the valley suffered a total loss of Rs 85,000 crore losses during the first two months. The cumulative loss after Article 370 and Covid-19 crisis is a staggering 17 per cent of the state’s Gross Domestic Product and counting. The major impact is seen in the tourism sector which has almost stalled. The sector contributed around 8 per cent to the Gross Domestic Product of the state. In 2018, more than eight lakh tourists visited the Valley, while up to July 2019; more than five lakh tourists had arrived. However, the lockdown may have cost the Valley’s economy around Rs 100 crore.

The state is no good on the agricultural front.  The sector although contributes less than 20 per cent of SGDP is employing around 70 per cent of the population directly and indirectly. The apple industry has a major contribution in the Gross State Domestic sector. The sector brings to state more than Rs 20 thousand crore annually. After August 5, 2019, however, the situation became unassailable for this sector in addition to environmental changes.

There were distress sales by farmers everywhere, particularly of apple production. The precarious situation led farmers to sell their produce at lower prices. According to official reports, the farmers are running a loss of up to 40 per cent and would be even worse due to the weak economy. The horticulture suffered serious losses during the snowy season in Kashmir which destroyed apple trees and the loss was in crores.

A similar situation is happening now that will seriously impact its functioning. Given that the transport is off roads, the reports reveal that the apple harvest for 2018-19 was more than the previous year’s yield. However, most of the harvest has either been left to rot in the fields or has been stuck in supply trucks. The transport sector has been the first hit in every crisis. It was off the roads in the year 2008, 2010, 2014 floods, 2016, 2019 and 2020.

All components of the agricultural sector have been affected, including horticulture, floriculture and orchards. The government has to collect many minds together to save this sector. The next harvest is soon to happen which will further dampen the prices of the produce as there exists already much supply in the market. The centre has announced a relief package of around Rs 20 lakh crore financial packages, however, the thrust is on giving loans to farmers who are already in debt and struggling to repay loans.

It is a very crucial stage for the Jammu and Kashmir economy. The government must announce a relief package to all sectors. The agriculture and transport sector needs immediate attention. The government must announce a relief package whereby cash payments can be directly made to affected sectors. Moreover, the government has to make plans to keep ready for the transport sector so that the agriculture sector will not suffer like in 2019. After all, the sector employs 70 per cent of our population directly or directly.

(The author is pursuing PhD at Aligarh Muslim University in Economics with a focus on gender. The opinions expressed in this article are those of the author’s and do not purport to reflect the opinions or views of Kashmir Life.) 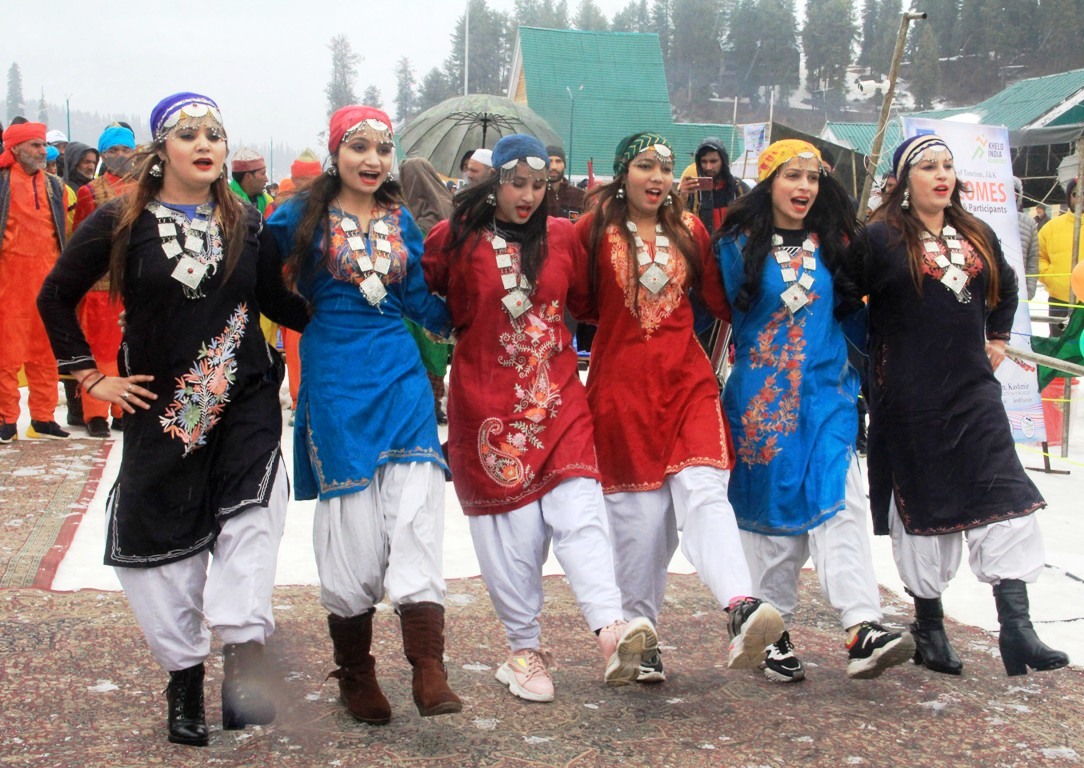 2 Self-Styled Political Activists Arrested For Duping People On Pretext Of...