The strenuous efforts on the part of the Indian foreign office to show that Prime Minister Narendra Modi did not request US President Donald Trump’s mediation in the intractable Kashmir dispute, as claimed by him in a joint presser with Pakistan Prime Minister Imran Khan in Washington DC, is creating problems that could have far-reaching implications on ties between the two allies and also on the stability in Kashmir and rest of South Asian region. 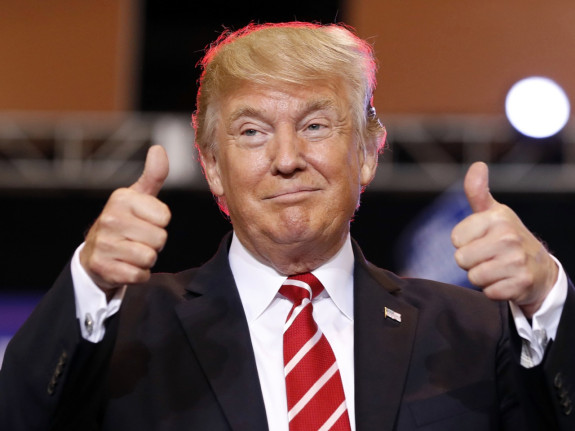 With his country on the threshold of being blacklisted for funding terrorists and money laundering by the Financial Action Task Force (FATF) and International Monetary Fund (IMF) imposing tough conditionalities for extending loans, it was a desperate Imran Khan who visited the capital of the USA. His visit was meant to convey to its aggressive president and the US that he and his country was willing to play ball to prevent it from sliding into a dark abyss.

Trump’s ‘revelation’ that Modi asked him to mediate in the contentious Kashmir dispute may have got all the attention in the Indian media and did get the foreign ministry all worked up, but his remarks have to be seen in the context of the US government’s exertions on stabilising Afghanistan and Khan’s speech at the US Institute for Peace.

For some months now, US Special Representative, Zalimay Khalizad, has been trying to forge some kind of peace by bringing in the warring Taliban factions in the new arrangement and promising them a share in power. Pakistan’s utility, as Trump’s statement during the presser indicated, was to help ‘extricate’ US from Afghanistan. This is also the demand of the Taliban which has demanded that American forces must leave their country before they join any interim arrangement. The US wants to leave this war-torn country, where it is trapped but is negotiating the bases that it would want to retain to protect its interests in this region.

The Taliban and US, sources claim, have come to an agreement to allow the presence of some US troops in the country. Besides, the US is also hoping that they can use Pakistan and its all-powerful army to keep a check on the Taliban leadership, which has been living in exile in Pakistan.

Pakistan has sustained the Taliban to ensure a friendly government in Kabul to give them strategic depth in the event of a military loss against India. Pakistan has astutely sold this line that the strategic contestation over Kashmir has been the reason for unending violence in Afghanistan. This theory has been given legitimacy by pop-historians like William Dalrymple, who in a paper for Brookings Institute, ‘A Deadly Triangle — Afghanistan, Pakistan and India’ — traced the conflict to the animosity between India and Pakistan. The drift of the paper was that Afghanistan cannot be stabilised till differences between India and Pakistan are not resolved amicably.

A messy partition between the two countries was followed by unimaginable and ghoulish bloodbath after the Partition, which saw millions of deaths and displacement. The violence choreographed by those behind the Partition was so brutal that it was supposed to make the resolution of the crisis impossible, but the subsequent quest for peace by the leaders of the two independent countries defied this belief.

India’s first Prime Minister, Jawaharlal Nehru and Pakistan’s Liaqat Ali Khan signed a pact in 1950 which was supposed to make the Partition more humane by endeavouring to lessen some of the pain inflicted by this human tragedy. It resolved to return kidnapped women, the protection of minorities and the end of forcible conversions. The pact was short-lived as Liaqat Ali Khan was assassinated.

Many more attempts were made during Nehru’s time including with Prime Minister Muhammad Ali Bogra to find a solution to the problems between the two nations, but they yielded nothing as the Pakistan army got in the way of any agreement that in their view posed a challenge to the existence of their country. This story has been repeated many times after three wars and hundreds of serious skirmishes as both countries acquired nuclear bombs.

As history feeds differences and scepticism towards any diplomatic initiative to sort out this unending state of war between the two neighbours, it was important to showcase some of Imran Khan’s declamations in New York to show how Pakistan is approaching the latest US initiative to stabilise Afghanistan. In his important speech at the US Institute for Peace (USIP), Khan said that his government no longer believes in “strategic depth” and would want the Afghanistan government to pretty much decide their own destiny and choose their own leader. This is a departure from what the Pakistan army has been suggesting all these years to the US and UK — that the raison de etre for meddling in Afghanistan affairs through their assets like Taliban and the Haqqani network was because of India. Imran’s latest construct subsumes the fact that there would be no reason to get into Afghanistan if the border with Kashmir was quiet.

The surprise assertion, therefore, of Donald Trump, of his willingness to accept an alleged offer made by Modi to mediate on Kashmir has to be seen from this perspective.

The Indian government furiously denied that such an offer had been made. Foreign ministry officials were categorical that India can never seek a third country mediation after both sides agreed to follow the guidelines of the Simla Accord of 1972 to bilaterally resolve all pending issues. The same principle was reiterated during the 1999 Lahore declaration, which was torn to shreds by the Kargil intrusion by Pakistani troops and subsequent intervention by then US president Bill Clinton.

Since then, there has been a heated debate on what India disagrees with when it comes to third party intervention on the Kashmir issue. In recent years it has allowed itself to be dissuaded by the US government from attacking Pakistan after the Parliament attack, getting the release of fighter pilot Abhinandan after the Pulwama attack, also helping India in the Security Council to declare Masood Azhar as a global terrorist There have been innumerable instances of India and Pakistan being persuaded to kick-start a dialogue.

After Trump’s controversial remarks, the State Department tried to make amends — but just about. Its official, Alice Wells, said that the US was keen that the two countries should resolve their issues bilaterally, but the US government is also happy to help. For the first time, the US government offered to help without being requested to intervene.

India is in a serious conundrum on how it should deal with the US offer to mediate as well as its diminishing role on the Afghanistan issue.  After spending around $4 billion in Afghanistan’s redevelopment since the Taliban was ousted, the Indian government is facing a situation where it cannot protect its physical investments and strategic interests.

This turn of events that allows the return of the Taliban and the rehabilitation of the Pakistani army in the US scheme of things has spread glee in the Rawalpindi cantonment. This loss of Afghanistan was creeping for a while. The Indian government got many opportunities to enlarge and consolidate its interests in Kabul, but its diffidence was complicated by the fact that it did not want to intimidate or cause unease to Pakistan. Plus, it does not share a border with Afghanistan.

The US wanted Indian boots on the ground when their embassy was attacked and more recently by Trump himself, who wanted India to shoulder some responsibility. New Delhi also got another opportunity to build a stake in Afghanistan after a trilateral connectivity agreement that India, Iran and Afghanistan signed using Iran’s South Eastern port, Chabahar, as the hub.

All these countries were driven by different reasons to be part of this pact. India wanted to sidestep Pakistan and rediscover the land route to Central Asia through Afghanistan. Iran wanted to build on the nuclear deal and its global rehabilitation by reaching out to South Asia and Central Asia. Expectedly, the biggest reason for backing Chabahar came from Afghanistan, which was denied overland access to India and had to routinely contend with the eccentricities of Pakistani officials and their misgivings on the trade and tariff treaty. Chabahar provided a shorter route to the land-locked country and its free zone, and, expectedly, it attracted 160 odd companies. The Americans under Trump exempted Chabahar from economic sanctions that were re-imposed on Iran. This waiver of sanctions provided little relief to India, which was reluctant to invest in a port which could face diplomatic ambivalence from the US and other Arab countries.

Saudi Arabia saw the port against its interests as it provided respectability and access to Iran. India, which was handed over the management of the Chabahar port by the Iranian government in 2017, found that it was difficult to provide continuous fund flow to the project due to the freezing of banking channels. There were other ways to fund the project, but India remained very conservative — much to the annoyance of the Iranian authorities.  India’s timidity on Chabahar followed its decision to stop purchasing oil from Iran.

To reiterate, India’s diplomatic reluctance to push through Chabahar and access Afghanistan through the land route — under US pressure — has resulted in a critical loss of leverage. If India had persevered through this Iran-backed arrangement then it would have been a factor in stabilising Afghanistan by using the enormous goodwill it enjoys in the country.

The US, China, Russia and Pakistan are sitting together to decide on the contours of a future arrangement that will run Kabul. Former Foreign Secretary Shyam Saran and many other diplomats believe that India’s influence has to be preserved in Kabul if it wants to keep Pakistan in check. They have suggested that it should try to revive the Northern Alliance to keep the Taliban on the defensive. There is no suggestion that the Indian government has embarked on this intrepid course as it relies on Washington to preserve its interests. From how Trump has framed his policy on Afghanistan, the two countries, quite clearly, are not on the same page.

(Sanjay Kapoor, a veteran journalist is the editor of Delhi based Hardnews magazine. This analytical copy that first appeared in the magazine is being published with due permission.)