After working at John Hopkins for 12 years, Dr Shaida Andrabi moved to the University of Alabama at Birmingham (UAB), where he is currently a professor of the departments of Pharmacology, Toxicology, and Neurology. A neuroscientist, his focus throughout his career has been studying the brain and related disorders, including stroke and Parkinson’s disease. In this conversation, he talks about neuroscience and intelligence related to it.

KASHMIR LIFE (KL): Why do people tend to follow their hearts over their brains?

DR SHAIDA ANDRABI (DSA): The heart is given more eminence because it is the centre for blood circulation. Bringing up the philosophical perception heart is also a pivot of all emotions. The reason behind that is when we perceive certain things, there is a balance of certain chemicals that regulate the functioning of the heart, and when we experience a defined emotion such as happiness or anger, these chemicals change and alter the blood flow, the heat function, which may be perceived as a sense of feeling. But the balance of the chemical and processes that regulate heart function is controlled by the brain, which is why the brain is at the centre of everything.

KL: Tell us about your proficiencies and learning curves that you gained.

DSA: I am originally from Mirbagh Ratnipora, Pulwama. Ratnipora is culturally very well-known because many great scholars have been from there, so education was considered a basic need. I did my schooling at Ratnipora Pulwama and my bachelor’s from SP College, Srinagar. I went to Delhi for my master’s degree and then to Germany for PhD in Neurobiology. Later, I went to the John Hopkins School of Medicine for postdoctoral research in neurology in 2005. After completing my postdoctoral fellowship, I got my first faculty appointment at the Johns Hopkins School of Medicine. I spent nearly twelve years at Johns Hopkins and then moved to the UAB Heersink School of Medicine in 2016.

KL: What was the main focal point of your research during your PhD and post-doctorate?

DSA: When I was doing my master’s degree in Toxicology, I was always interested in the brain, neuroscience-related issues, and neurotoxicology. From the beginning, I was passionate about understanding the processes regulating brain function and its diseases. I focussed on acute brain injury, stroke, and other neurodegenerative diseases, especially Parkinson’s Disease, during my PhD in Germany at Otto von Guericke University and my postdoctoral research at Johns Hopkins.

Stroke is prevalent everywhere, including in Kashmir. Stroke results from disruption of blood flow to a specific area of the brain either due to a clot formation (ischemic stroke) or rupture of a blood vessel in the brain (haemorrhagic stroke). We study how brain cells die after a stroke and how we can stop or reverse the course of brain damage after a stroke.

In our body, mitochondria are responsible for producing energy in the human body. In stroke, deprivation of oxygen and glucose to a specific brain area due to blockage of blood supply disrupts the energy-generating processes, and mitochondria are early targets in the stroke pathophysiology. Our research focuses on how to restore mitochondrial function and energy-generating processes to salvage the brain tissue after a stroke. Some glucose metabolizing processes are affected in stroke as glucose and oxygen do not reach the affected brain parts in adequate amounts. We are also looking for other alternative fuels that brain cells can utilize to generate energy to stop the lesion progression in the affected region in stroke.

During my PhD, we identified the processes that lead to mitochondrial dysfunction in stroke and identified that a chemical found in our body, known to be melatonin, that regulates the circadian rhythm or the sleep cycle may help to stop neural death in stroke by protecting mitochondria in brain cells.

KL: Do these researched components that eradicate the process of stroke act in accordance with the culpability?

DSA: Yes, there are some clinical trials going on and numerous experimental studies have also identified the neuroprotective role of melatonin, but further clinical studies are needed. When someone suffers a stroke, the early period after the onset of the stroke is very crucial and precious for therapeutic intervention. What usually happens is that people who suffer a stroke reach a hospital to get medical help very late.

In most places in the world, the intervention process starts with removing the clot that disrupts blood flow (reperfusion therapy) but to begin this process, time is crucial (up to 6 hours from the onset of stroke). If there is a large vessel occlusion, it can only be removed by a surgical procedure that has a time limit. Therefore, patients must seek medical aid as soon as possible.

Another point is that there is a lack of knowledge regarding health issues including stroke. Unfortunately, people tend to follow home remedies and self-aid rather than consulting a doctor and seeking medical help, which ultimately makes the outcome worse.

There is a lot of ongoing research to identify therapeutic drugs for neuroprotection in stroke. Unfortunately, there is no such drug yet identified that could stop or reverse brain damage after a stroke very effectively. There are some leads that a particular drug might be beneficial, but further clinical trials are needed to ensure that the drug is effective in clinics.

KL: Are there any diseases that are linked to the brain that science has found a cure for and is no longer to be researched for further eradication?

DSA: No. Not as such. There is no such disease linked to the brain that we have entirely found a cure for. Also, many deadly diseases need a cure if we talk about other organs. For certain diseases, some drugs work efficiently. Still, with further research, more competent drugs that have, for example, no side effects with more potency and efficacy are being investigated and may prove better drugs. It is always an exploration of new things and never a complete process.

However, some mental disorders, such as depression, anxiety, and other psychiatric problems, can be corrected or treated to some extent as long as the patient follows what the doctor has recommended or prescribed. Some medicines that are advised for mental issues have certain ill effects or side effects, but as such, they do not cause serious harm.

KL: Is there any correlation between psychological issues and physical manifestations?

DSA: Yes, everything is very well correlated. Even in stroke, we have post-stroke depression and anxiety, a significant issue in many patients who survive a stroke. In fact, diseases related to other organs may also trigger problems. For example, the liver takes care of most drugs we consume (drug metabolism). The liver facilitates the metabolism and detoxification of drugs we consume. The metabolism of drugs can be affected in liver diseases, and there are times when certain drugs reach the brain in harmful amounts. Therefore, there are chances that if the liver is not working properly, the drugs and chemicals we take can accumulate in the body and may have adverse effects on brain function if they reach the brain in toxic amounts. Again, suppose someone is suffering from liver disease. In that case, the medicines that he/she is consuming won’t be metabolized properly and may have adverse effects on other organs, including the brain.

KL: Has depression protracted us like a manifestation of other diseases?

DSA: I would like to assert that depression is the mother of all diseases. It really devastates the body and is the worst thing one can have. People suffering from mental issues should certainly approach and consult doctors. In Kashmir, I would say there are many great doctors and clinical psychologists. Not always drugs and medicines can be the only treatment for a person, but at some point, certain other therapies and counselling often work. Changing lifestyle, changing environment, going out and moving to a place where you feel better, and talking to your peers can also help decrease depression and anxiety.

KL: Where is Neuroscience advancing to and what is the future of Artificial Intelligence in reference to the medical field?

DSA: Talking about the combination of basic science research and Artificial Intelligence, I am confident that some ground-breaking discoveries will significantly impact this area. As I said earlier, no drug yet discovered can completely treat neurodegenerative diseases. With the advancement of technology and the combination of Artificial Intelligence, there will likely be a good outcome.

KL: Do viruses impact our brains?

DSA: Yes, they are absolutely affecting our brains. Several documented evidence from patients and experimental studies show signs of brain function after viral infections like Covid19. But it is subjective again; in some people, it affects more, and in some, it is not. We do not know what its long-term effects will be, but to some extent, it affects our brains. Some reports reveal that post-Covid, some people suffer from anxiety disorders and brain diseases.

KL: Currently, what is the focus in your department and research?

DSA: I am a professor in the department of Pharmacology and Toxicology. I teach Pharmacology, Toxicology (mostly Neuro-pharmacology and neurotoxicology) to PhD, MS, and MD students. I am mentoring postdocs and students, and our research focuses on neurodegeneration and stroke. 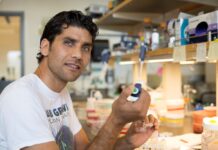 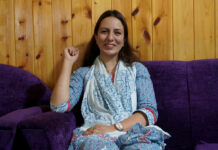 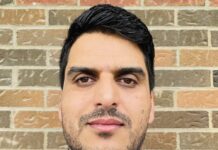 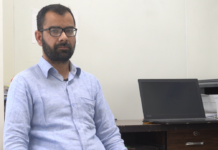 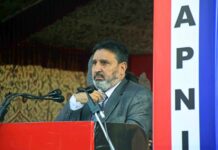 ‘All Major Political Parties in India, Congress Included, Voted for Abrogation of Art 370’