Demands apart, state government may not be in a position to convert J&K in to a dry state because it feeds its coffers substantially. The state government takes more than half from what a drinker invests in the bottle and his inebriation, arguesR S Gull 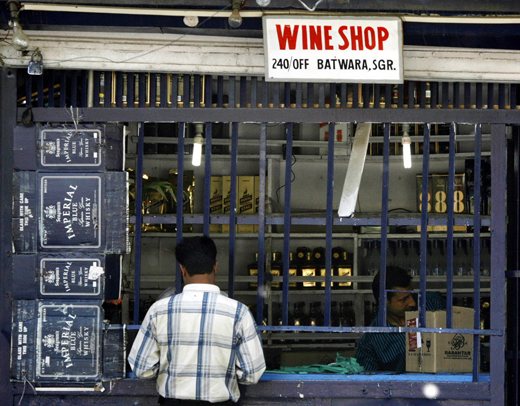 In the about to be concluding budget session of the state legislature, there were a series of interventions by Jammu lawmakers seeking a ban on the liquor business. The debate proved very interesting, one day, when Jammu lawmakers, mostly from right-wing parties were on their legs seeking a ban. In contrast, their counterparts from Kashmir were silently watching them. Perhaps they knew the demand was apparently impossible.

Denying any possibility of liquor in the state, Finance Minister Abdul Rahim Rather said he is, instead, under tremendous pressure to issue new licenses. “But I have resisted issuing the new licenses as a matter of policy.” Rather asserted.

In fact, Rather suggested the state lawmakers, seeking a ban to build a consensus on the condition, that they will have to suggest a way out to generate an equal amount of excise duty from areas other than liquor. A heavily taxed drink, liquor is fetching J&K government more than Rs 400 crore a year.

Wine continues to be the most hated thing but stays relevant to a vast section of the society, though not in Kashmir. Soon after the finance minister came sweating out of the state assembly concluding his budget speech to address the customary news conference, he met an angry reporter.

“Every time, you present a budget and there is no additional tax on the wine but a few days later as people purchase the prices are up,” the reporter asked. The minister appreciated his “subject specialization” and asserted the taxes on liquor are decided separately at the end of the financial year. “We have to see the systems operating in neighboring states and then fix our duties, so that we neither lose our dues nor should lead to any flight of capital,” Rather said. In a way, he suggested, that access to neighboring state liquor markets shall exist and a supply chain can be established even if J&K becomes a dry state.

The government has put on record the grounds responsible for continuing with the trade and not banning it. Here is what the government thinks:

1. Ban on manufacture, sale and consumption in isolation can prove counter-productive as it would trigger smuggling.

2. Imposition of ban (in other states) has resulted in manufacturing of spurious and poisonous liquors. In Andhra Pardesh, liquor was banned in 1990s but was permitted within two years because it triggered illicit distillation and smuggling. Haryana banned liquor in 1996 and withdrew the order within two years. Ban on liquor in Gujarat has resulted in rampant bootlegging.

But that is not happening. The overall trade is witnessing improvement and appreciation year after year. The restrictive policy, notwithstanding state’s liquor market is growing by leaps and bounds. Against the consumption of 40.96 million bottles in 2012-13, the market has already consumed 33.80 million bottles by the end of January 2014. 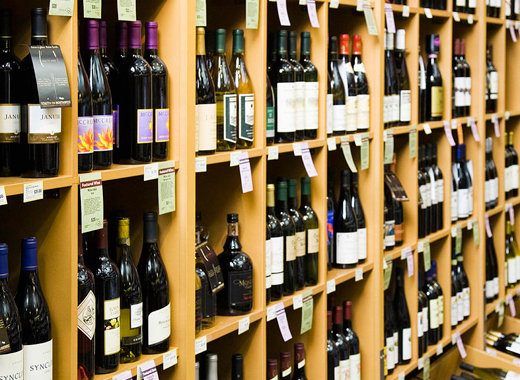 State’s overall consumption in 2012-13 included 130.69 lakh bottles of Indian Made Foreign Liquor (IMFL), 220.70 lakh bottles of JK Desi Whisky, 145.74 lakh bottles of beer and 131443 bottles of RTD. It is Jammu that is the main market. It consumes more than 90 percent of the overall beer, IMFL, whisky and other liquor products.

For most of the last many decades, J&K was importing liquor. It continues to do so but now it is exporting too. In 2011-12, J&K imported 92.21 lakh bottles of IMFL and 125.42 lakh bottles of beer. This fetched state an excise of Rs 21.31 crore. In the same year, the exports of the two products were at 18 lakh and 117.26 lakh bottles, respectively that fetched state government and additional income of Rs 14.90 lakh.

Liquor, a more than Rs 1000 crore industry, is heavily taxed in J&K. When Rather told the state legislature that he made Rs 420.26 crore excise money from the liquor in 2012-13, he only revealed part of his earnings. The state actually made Rs 637.65 crores because he skipped talking about the commercial tax part that a separate department collects from retailers directly at a time when the bottle goes to the end user. Clubbing excise and commercial tax part for the fiscal 2013-14, the state government has already netted Rs 576.64 crore by the end of January 2014.