Banks have been arguing for various years now that lack of SARFAESI has compromised their confidence in being liberal in J&K. Taking the view from bankers and the government, Saima Bhat reports the fine tuning that is under way to help banking sector cross this psychological barrier

Nobody in the government bothered to react till a group of agitated businessmen from Jammu invoked Article 370 to safeguard their assets from being taken over by banks under SARFAESI Act 2002. The Act empowers banks to take control of assets of a defaulter if the account is classified as Non-Performing Asset (NPA).

SARFAESI was enacted to regulate securitization and reconstruction of financial assets and enforcement of security interests.

Earlier banks would recover their assets through ‘Recovery of Debts Due to Banks and Financial Institutions (RDDBFI) Act, 1993’.

After experimenting for a while with RDDBFI, it was felt that banks need more power as civil suits (cases in civil courts) normally take 15 to 20 years to settle. Finally, the Central Government brought ‘Securitization and Reconstruction of Financial Assets and Enforcement of Security Interest Act (SARFAESI), 2002, popularly known as securitization law. The act was enforced across India including J&K.

But in J&K, the SARFAESI Act’s proper implementation became questionable as it challenged basic principles of Article 370 of the Indian constitution. The Jammu based petitioners questioned the authority of the clauses in SARFAESI Act that empower national banks to take possession of properties in J&K and to sell them to any non-state subject. They argued that this clause is against the very nature of Article 370 that forbids any non-state subject from acquiring immoveable properties in J&K.

Transfer of property, according to the constitutional arrangement between the state and the centre, falls within the legislative competence of the state legislature. Under Article 256(2) of the Constitution of India, the central government cannot acquire or requisition the state land directly as various state laws prevent the transfer of any immovable property to persons who are not permanent residents of J&K.

A provision of adding Debt Recovery Tribunal (DRT) and Debt Recovery Appellate Tribunal (DRAT) was added in SARFAESI Act but in absence of these two, it was a threat under the Transfer of Property Act, says advocate Moomin, who was pleading a number of cases in Srinagar High court against this Act.

Acting on a writ petition to stop implementation of this Act in the state on grounds of Article 370, that property rights cannot be transferred to non-state subjects, the High Court asked the state government to enact a law similar to that of SARFAESI Act for securing the interest of financial institutions.

If state government enacts such type of law, the fate of over 550 loan defaulters across, otherwise pending in the civil courts from almost 13 years now, will be decided.

Sharing his concern a General Manager working with State Bank of India said that for a long time, J&K was dubbed as a state where most of the loans get bad and the state lacks the capacity to absorb credit. With improving conditions the credit absorption capacity in the state increased but the financial institutions were still reluctant to lend. Instead, they feared that if the borrowers turn defaulters, the banks would not be able to recover their dues from mortgaged properties. “The inapplicability of SARFAESI Act hampers lending by commercial banks in the state,” he said.

Managing NPA is a challenge for all banks. In J&K, the state owned J&K Bank is the sector leader and manages its impaired assets better. But that may not be true with other banks, who are not lending much in the state for fear of NPAs.

To increase their CD ratio, financial institutions want to have adequate comfort and protection by way of necessary legislative backup against loan defaults.

Banks have been for some time now demanding enactment of the SARFAESI Act. In the 73rd meeting of the State Level Banker’s Committee-SLBC- a need was felt for the State has its own legislation along the lines of SARFAESI Act 2002 to address to the securitization concerns of banks.

On the directions of the SLBC, draft legislation was prepared by the J&K Bank and placed before the State Law Department, which opined that as the banking subject fell in the Central List, the State could not legislate on the issue. As such, the matter was decided to be taken up with the Central Government for amending Section 13(4) to bring it in harmony with the State laws on immovable properties. The State Cabinet approved a memo prepared by the Law Department authorising it to take up the matter with the GoI on approved lines, says Mohammad Ashraf Mir, Law secretary of state.

Mir also says that, as per law, Parliament cannot enact laws for the state so its section on forming tribunals cannot apply here in J&K.

Initially, the GoI took a view that enough safeguards were already available in the main Act to address the concerns of the state government. But the state maintained that under Article 370 of the Constitution of India, they have the autonomy to frame its own laws. The issue was then discussed at a meeting in 2002 with Union Law and Finance Ministries. It is being said that the state successfully convinced the GoI about its case following which a 3-pronged course of action was agreed upon to resolve the issue. Under the arrangement, The GoI would amend the Security Interests Enforcement Rules 2002 to provide for the sale or transfer of immovable properties in the J&K State to the State Subjects and J&K Transfer of Property Act shall prevail in case of J&K State. The state would make a provision similar to Section 13(4) in its Transfer of Property Act to meet the loan securitization concerns of banks and other financial institutions. Also, GoI would modify Section 13(4) to make it compatible with the State laws on immovable properties.

While the Union Government promptly amended the Security Interest Rules 2002 as resolved, the state government in the Finance Department also took a simultaneous initiative of proposing an amendment in State Transfer of Property Act on agreed terms.

But as per the SLBC reports from March 2012 till March 2015, state government merely kept on holding out assurances to the financial institutions without any tangible progress on completing its part of the obligation.

Finally, in the 97th meeting of the SLBC held on June 10, 2015, the government announced that a State Legislation on the subject was now in offing.

In 2013, Dr Haseeb Drabu, the present finance minister of state, had raised certain questions on how the credit-deposit ratio reached a level from 37.4 per cent in 2004 to 62.5 per cent in 2008 and how did it plummet to 38 per cent four years later?

His argument was that SARFAESI was being used as an excuse by banks not to lend in J&K.

He had then blamed the lending methodology of commercial banks for a low level of lending in J&K and had suggested that the major player, J&K Bank could set up its own asset reconstruction company (ARC) incorporated in J&K as a state subject. His suggestion was that all commercial banks could have an equity stake in the ARC with the majority stake held by the state government and the J&K Bank. The mandate of this local ARC, as per Dr Drabu, would be to buy all the impaired assets in the state.

Lately, in his new avatar as the Finance Minister of the state, Dr Drabu told Kashmir Life, “The state Financial Corporation could be converted in an ARC and can buy impaired assets of all commercial banks to take care of their concerns regarding the realization of the securities underlying their default advances.” 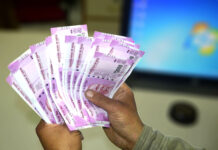 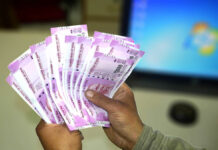 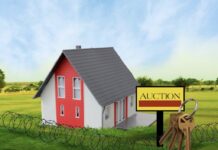 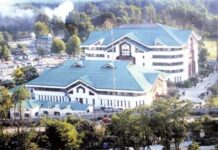 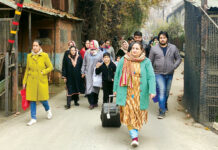 The Jail In Neighbourhood 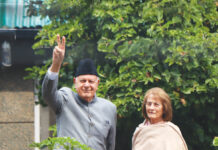